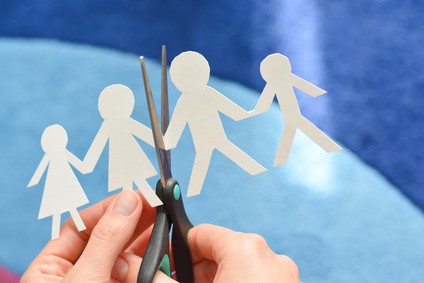 Divorce involves couples splitting assets, sharing debts, and may also entail deciding which parent gets custody of the children. It is advisable for parties to a divorce case to avail the services of experienced lawyers for child support who can take the necessary steps to strengthen and fight their case. The law firm is a team of affordable child custody lawyers that provides comprehensive support at every step of child custody case, whether the client is contesting a joint custody case in Texas, or wants full custody of their child.  Though factors vary from case to case, there are some common factors that judges consider while awarding custody. In this post, we discuss some such considerations. Take a look.

“Tender Years doctrine” was a legal principle in family law that provided custody rights to the mother, if the child was in their tender years (aged four or under). The principle was replaced by the “best interests of the child” doctrine of custody, which emphasizes the child’s interests while determining custody rights. That said, the child’s age can still be a major consideration in certain cases.  For example, in most cases the judge may grant custody to the mother if the child is a neonatal who depends heavily on their mother for balanced development.

Children who are 12 years of age or more have the right to express their desires about the parent they want to live with. Under the Texas Family Code 153.009, parties to a divorce case can file an application requesting the judge to interview the kid and learn about their wishes. Children in a custody case are usually not asked to testify about their preferences in the court, and the judge must meet them in their private chambers. A court reporter must be present to prepare the transcript. The judge can also allow the parents’ attorney or the attorney ad litem (the child’s attorney, appointed by the court) to be present during the meeting.

Family courts assess the parents’ living conditions with relation to how they can impact the child’s development. Some factors that judges may consider include the parents’ employment responsibility, residence-agreements reached, whether they live in a family home, and the proximity of the other parent’s residence, the child’s school, and activity centers. In most cases, the parent who doesn’t have a permanent residence will be denied primary custody. Living with a sexual offender can also negatively impact a parent’s chances of securing  custody.

Family court judges will consider the parents criminal records while awarding custody. The judge will study past records of violent crimes, alcohol and drug abuse, and domestic abuse to determine whether they are capable of taking care of the child. Courts can also prohibit visitation till the child reaches a suitable age, if the parent is convicted of first degree murder. If the parent has been found guilty of inflicting psychological or emotional injury on their kids, the judge may impose limitations on visitation and custody. Frequency and length of past sentences can also impact decisions in child custody cases and courts often won’t provide full custody to a parent with a history of long sentences. Many states authorize the courts to impose what is commonly known as “domestic violence presumption” ,and the judge can assume the parent is not fit to care for the child if the other parent proves a history of domestic violence.

5. Each Party’s Willingness to Support the Child’s Relationship With the Other Parent

Courts in child custody cases will study each parent’s record of helping with the parenting schedule. Courts will also not take kindly to improper behavior such as one of the parent badmouthing the other in front of the kids. Any efforts to alienate or restrict contact with a parent can be viewed as intrusive behavior, and can weaken the guilty parent’s case.

Though many states have laws that forbid judges from providing custody on the basis of a parent’s sexual orientation, some states give courts the authority to consider parents’ sexual orientation while awarding custody. Courts in some states have the right to deny parents’ with same sex partners any contact with their kids. Transgender parents too, can face discrimination and be denied custody of their kids.

Child custody cases can be complex. The judge can base their decision on a number of factors including the ones mentioned in the post. Qualified child support lawyers in Dallas, Texas, and other parts of the U.S. understand these factors and can help you obtain a favorable decision. At 123 Divorce Company, we’re a team of experienced lawyers for child support. We’re well aware of how custody law works and provide comprehensive support at all stages of the case. To learn more about our services and how we can help, fill out our contact form or call us at +214.599.9979.