During the divorce process, both spouses - and their legal representation — go back and forth to determine how to fairly split up debts and assets, assign alimony or child support payments, and manage child custody arrangements. In many cases, this occurs in a collaborative mediation environment, but it may also go to court and be decided by a judge, especially if the divorce is contested. A lot of the time, the circumstances of the children change after the divorce proceedings have been finalized.  If there has been a significant change in the circumstances of the children, you and your former spouse may need to revisit the agreements you made when you got divorced, and modify some of them. 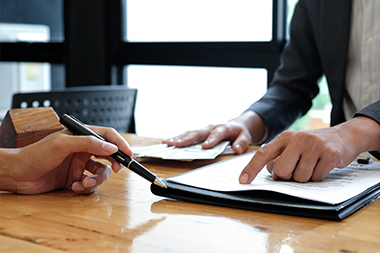 At our law firm, we work with divorcées to determine if a post-divorce modification is feasible, and to understand and navigate the process. The Dallas divorce attorney has the skill and legal know-how you need to protect your best interests during - and after - a difficult divorce.

What Can Be Modified After the Divorce?

After a divorce, several factors can be reassessed if one or both parties have experienced a major change in circumstances. This can include:

Acting in the Best Interest of a Child

For the most part, typical post-divorce modifications hinge on what’s going to be in the best interest of the child or children involved. It’s important to understand that courts are often reluctant to make major changes to custody and child support agreements, especially the former, unless it’s really in the child’s best interest.
‍
A change in circumstance should be something permanent, or close to it, not something temporary. If you want to request a modification, we need to make sure that we can demonstrate that this could not have been predicted or foreseen when you made the original agreements about parenting, custody, or another issue related to child welfare.
‍
Some of the factors the court will take into consideration include:

Another common reason to request a post-divorce modification is alimony. Again, we need to be able to prove for you that there’s been a major and permanent change in circumstances since you arrived at the original agreement.
This could involve health issues, long-term unemployment, a substantial raise or other change in earning power, retirement, remarriage, or inheritance.

The divorce lawyer can help you arrive at a fair court decision regarding the division of community assets after a divorce, advocating for your best interests in even the most difficult situations.

To find out more about our divorce and family law services, or to speak with the divorce attorney, call us any time at (214) 599-9979 or fill out the form below to begin a 30 minute consultation for just $100.