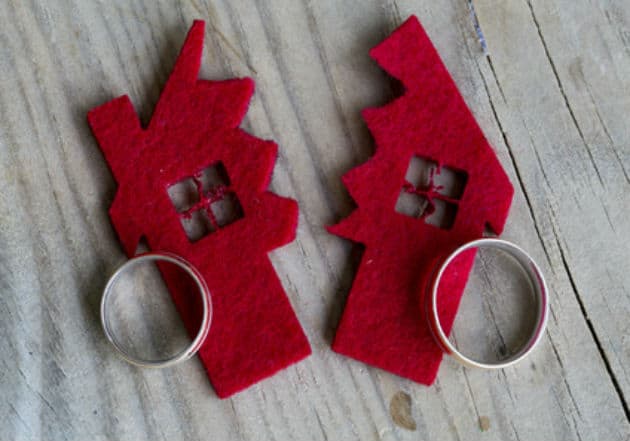 7 Divorce Myths that Can Harm Your Case

Divorce law, just like any other area of law, is complicated, which makes it easy for your ex-partner to outmaneuver you, if you ignore seeking the advice and representation of divorce lawyers in Dallas and other places. Moreover, there are a number of common misconceptions about divorce laws, which, if followed, may hurt your case. In this post, we debunk seven such myths that may lead to wrong decisions, unless you hire reputable divorce lawyers to handle the case. Take a look.

‍1. "Visitation can be declined if a parent defaults on child support."

‍In Texas, the possession of a child is not tied to child support payments. The court views child support obligations and possession of a child as distinct processes. Inability to fulfill both the conditions, however, can result in severe repercussions including jail terms. Denying a parent visitation rights can place you at odds with the law just like failure to pay child support. Mixing the two can result in wrong assumptions and prove harmful to your case.

‍2. "If a parent commits adultery, they lose all of their assets."

‍According to Texas divorce laws, an individual can be unfaithful to their spouse without necessarily committing adultery, and the petitioner has to present a proof that their partner was involved in an intercourse with a third person. The evidence forms the basis of a fault-based divorce and the division of assets. Spending money on a paramour or the paramour being around the children can have a significant impact on the result of the case.

‍The general notion is that mothers get custody of children until they attain a certain age. This is known as “tender years doctrine.” However, it is no longer valid in Texas, and both parents are treated as equals regardless of their gender. The court can award joint custody so that both parents can make decisions that they feel are beneficial for their child's future. The court assesses the ability of each parent to co-parent the child, the child’s best interests, and financial condition of each party before making a decision.

‍In Texas, children do not get to choose the custodian parent. After turning 18, however, they have to the right to decide with whom they want to live. As minors, all the decisions related to their upbringing are taken by the custodian parent. Having said that, if a child is more than 12 years of age, a parent may request the judge to consider his or her opinion, but the importance to be attached to the statement is decided by the judge. The impact, in fact, can even go against the child’s preference if the reasons given are not in the best of their interest.

‍Though it cannot be denied that there is always some bitterness involved in divorce cases, but most couples are mature enough to face the reality as responsible adults. Some couples even separate on a good note and set aside their emotions to reach an agreement without contested proceedings. In fact, many spouses settle their matters either directly or through mediation, while the divorce is underway. It is worth noting that only about 5 percent of divorce cases in Texas see judges deciding issues for the spouses.

‍6. "Property is divided equally between the parties."

‍Equal division is not always the case in contested trials. Judges follow the “just and right” standard for dividing the properties. According to Texas law, every case starts with a 50/50 division, and then it depends on how both the parties present their case and deviate the ratio in their favor. The court considers various situations and factors, including the spouse's needs, the children's living expenses, the number of properties each partner owns, and the at-fault spouse responsible for the breakup of the marriage.

‍In Texas, the maintenance statute is gender neutral, which meaning the court's orders regarding maintenance are not governed by any gender prejudice. Typically, post-divorce maintenance is decided based on four factors. First, if a spouse is convicted of a crime - such as domestic violence - the length of the marriage or value of property to be divided do not hold any significance. Second, the couple should have spent a minimum of 10-year of married life. Third, the assets to be divided are insufficient to cover the needs of the spouse seeking maintenance. Lastly, the court can authorize maintenance to meet the minimum needs of a spouse who lacks the skills to work or is living in conditions that prevent them from taking up a job.

‍Marital separations always bring stress and the myths associated with divorce only make the matter more complicated. That is why it is essential to hire a reputable divorce lawyer rather than trying to get into thick of things on your own. That’s when you need a reliable law firm such as 123 Divorce Company. If you or someone you know is going through a separation, contact us today. To schedule a no-obligation consultation with one of the Dallas divorce attorneys, call 214.599.9979, or fill out our contact form and we will get back to you, shortly.