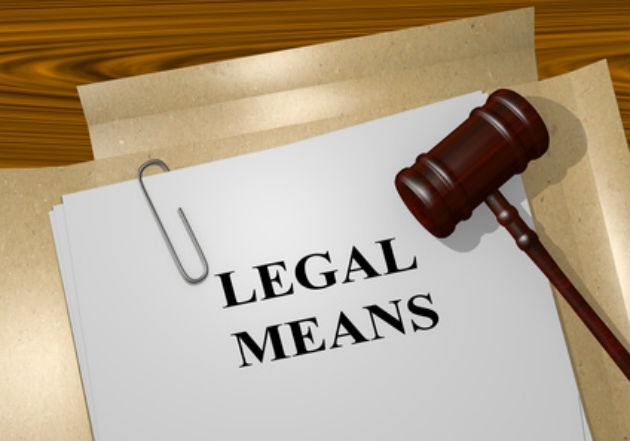 Divorce and family law proceedings require both parties to follow certain procedure and orders. During court hearing or when reading the legal documents, you will come across various legal terms which sound like Greek if you haven't done a little research before commencement of proceedings. Even though you have a divorce or family lawyer to guide you through the process and documentation, there are a few terms that you must know beforehand so that you can follow the proceedings and understand any communication from your lawyer or the courts. In this blog post, we look at a few divorce and family law terms that are worth knowing before your during divorce, whether in Texas or any other place.

An absolute divorce is when a marriage legally ends, thus, legally freeing both the parties to remarry.

The legal duty on one spouse to provide financial support to their spouse before or after divorce, is referred to as alimony.

It is a second summon served when the first summon is unsuccessful.

Annulment is when a marriage is declared null and void. In the eyes of the law, the couple was never married.

Condonation is the act of voluntary forgiveness by an innocent spouse of an offense committed by their guilty spouse, with an implied condition that the act shall not be repeated.

Discovery is a way of obtaining valuable information that is pertinent to a divorce case, such as on the children, assets, and debts, through depositions, written discovery, Subpoenas, and Inventory and Appraisements.

In divorce law, equitable distribution is the “fair” division of the property and debts acquired by the couple during their marriage. The assets that are categorised as separate property are not included for distribution

Fault divorce is when the court grants divorce to a couple on the grounds of substantial proofs that justify the fault of the guilty spouse. Fault-divorce can be on various grounds, such as adultery and inability to have sexual intercourse.

Home State is the state where the child/children from the marriage stayed with a parent, guardian, or person acting as a parent for at least six consecutive months immediately before filing for child support, custody, or any such comparable pleading for support in the court. If a child is less than six months old, their place of birth is considered to be the home state.

Legal separation is an alternative to divorce, wherein the court allows the spouses to live separately while remaining legally married. Like divorce, however, the parties can file petitions for alimony, child custody, and other comparable support.

The property acquired by a couple during the subsistence of their marriage.

It is a Latin term, which means ‘awaiting litigation’. This term refers to the temporary relief the court awards to either or both the parties while their case is pending for hearing. In a divorce case, a pendente lite order mostly is to provide financial support to the low-income or no-income earning spouse.

A prenuptial agreement is a ‘before-marriage contract or agreement’ that is signed by both partners concerning the ownership of their assets and financial rights in the event their marriage fails.

A court’s order for alimony is known as spousal maintenance.

It is a legal document issued by the court at the request of the petitioner in a case. The court’s legal order compels the document receiver to appear in court either to present documents and/or other tangible things or give testimony at a trial or hearing.

It is temporary financial support given by one spouse to the other while the divorce action is pending.

This term is used when both spouses agree to divorce without any disagreement or court trials regarding children, money, or property.

It is the non-custodial parent's right to visit and spend time with their child(ren).

Although divorce lawyers are there to help you understand all such legal terminology, a little research with go a long way to help you better craft your case and follow proceedings. Whether you’re filing for a divorce, alimony, or child custody, the law firm is there to fight in your corner. Talk to our team of family court lawyers today to discuss your case and explore the options. Fill out our contact form and we will get back to you, shortly. You can also call us at 214.599.9979.